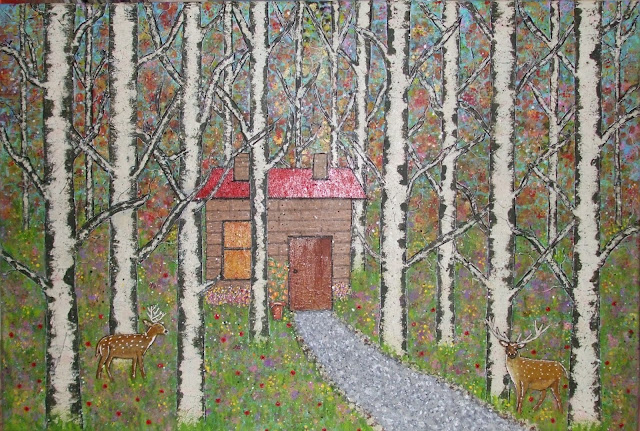 Wow! It's the last day. It's all finished. Today I found the kangaroos had obviously hopped to another paddock. Ha ha! As much as I love kangas, I really didn't like "them", so they had to go. I re-did the background where they were, sponged through a stencil, some red & gold paint in the background of the top half, touched up some of the trunks, painted in wild red poppies & clumps of sour sobs. Put some birds in the trees, added brick pattern to the chimneys, & touched up paint here & there in the foreground. I eventually had to make myself stop. So I then splattered the whole canvas with black paint & then white paint. Done. I had to use a flash to take the photo as it was late, & the roof has a shine to it that isn't really there. 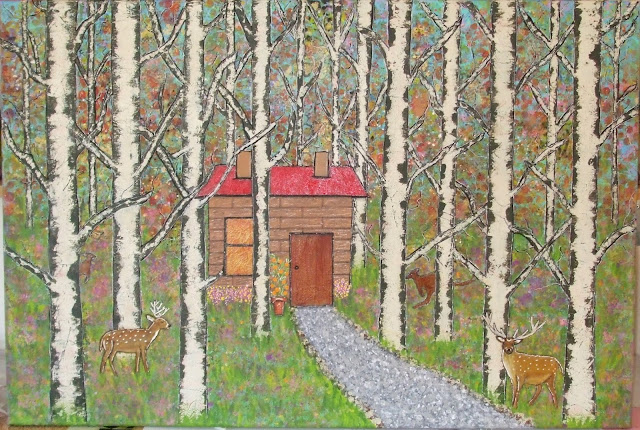 Today I worked on the kangaroos, re-did the flowers in front of the house, & decided to have an orange tree in the pot by the door. sponged through a stencil a little more pink & purple in the foreground.
Posted by Colleen Mulholland at 00:51 1 comment: 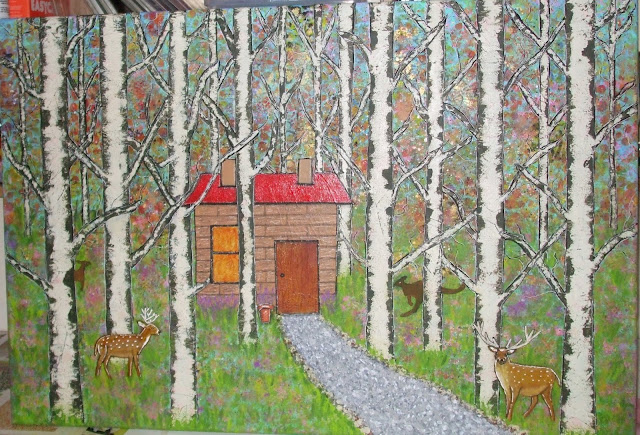 Today I outlined all the outside edges of the tree trunks, as well as the branches & twigs, using a fine tip white gel pen.

Posted by Colleen Mulholland at 02:33 6 comments: 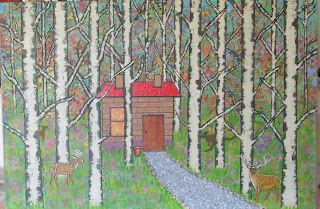 Today I added shading & highlights to the cabin & the beginnings of two kangaroos. Below are some close up photos of the cabin, path & door detail. 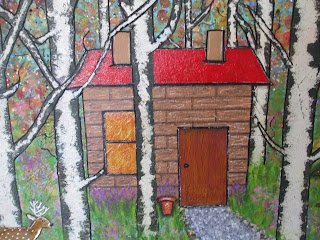 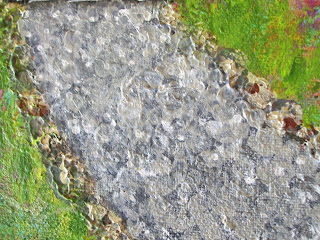 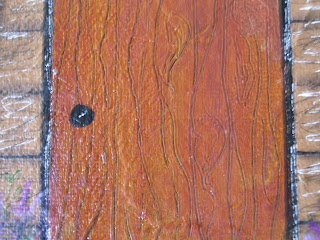 Posted by Colleen Mulholland at 02:59 No comments:

Today I finished off the 2 deer. I'm still not happy with them, but they will do. Then re-did the grass around their feet. 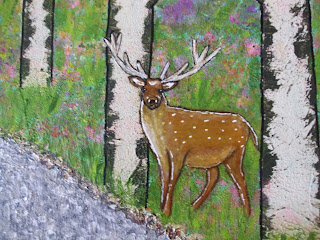 Posted by Colleen Mulholland at 01:00 3 comments: 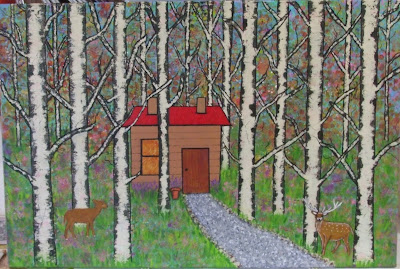 It doesn't look much different today as what I did isn't very noticeable. I added some umber paint to the trees on the right side of the canvas, as they had less on them than the left. And I finished all the black outlining of the trees & branches with a paint pen. I have avoided looking at the deer. I'll tackle them when I've got more time in the day.
Posted by Colleen Mulholland at 03:30 1 comment: 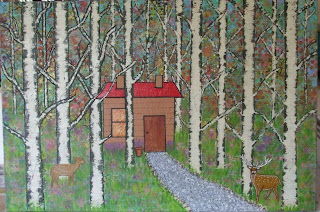 Well! Two not finished, not happy with, deers appeared today. I have spent hours on them & I don't like them. I've gone over & over them trying to get the colour right. The one on the right has had the most done to it. I just can't get the face right, I have done it about 10 times, & I will be doing it again. It has looked like a dog at one stage & a lion at another stage.
Posted by Colleen Mulholland at 00:21 3 comments: